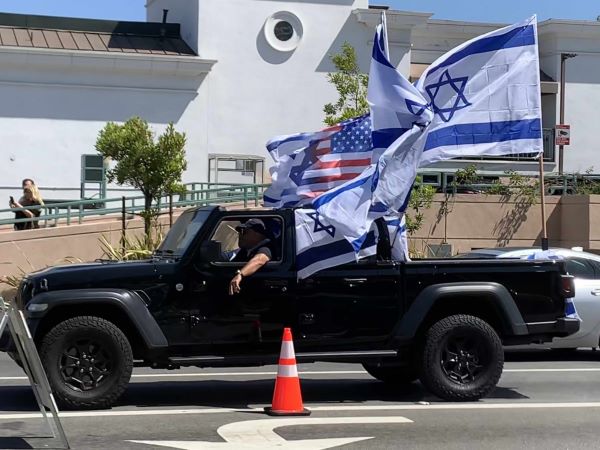 LOS ANGELES, California — Hundreds of supporters of the State of Israel lined Santa Monica Boulevard in the heart of Beverly Hills on Sunday afternoon to chant, cheer, and wave flags after nearly two weeks of war and a wave of antisemitic attacks.

On Thursday afternoon (Friday morning Israel time), a ceasefire between Israel and the Hamas terrorist organization went into effect. Yet pro-Palestinian rallies continued abroad — some of which were followed by antisemitic violence in the U.S.