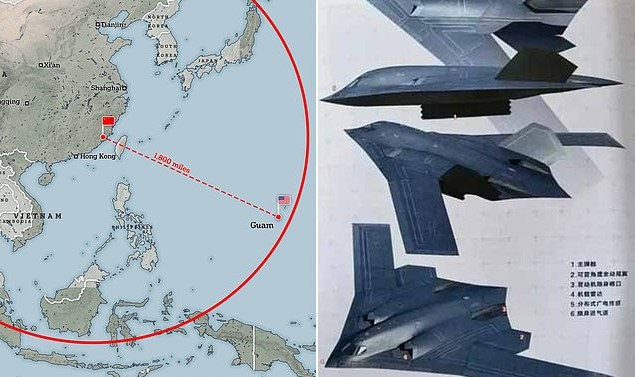 China is working on a long-range stealth bomber which may be able to carry out nuclear strikes on US targets in Guam and beyond, a military analyst has revealed.

New computer-generated images of the Xian H-20 strategic bomber have been published by the state defence corporation, Norinco – the first glimpse of the next-generation warplane which has been under development for years.

In this article:China, China's Stealth Bomber 'Could Be Able To Hit Guam With A Nuke, God Of War In The Sky, next-generation warplane, Norinco, Stealth Bomber, Weapons Analyst, Xian H-20 Strategic Bomber