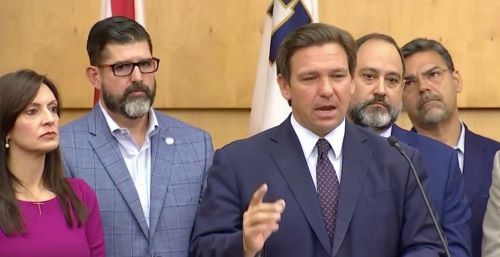 “You’re loyal to former President Donald Trump, and Donald Trump is now a resident in Florida and he was de-platformed,” the unidentified reporter asks. “Is this bill for him?”