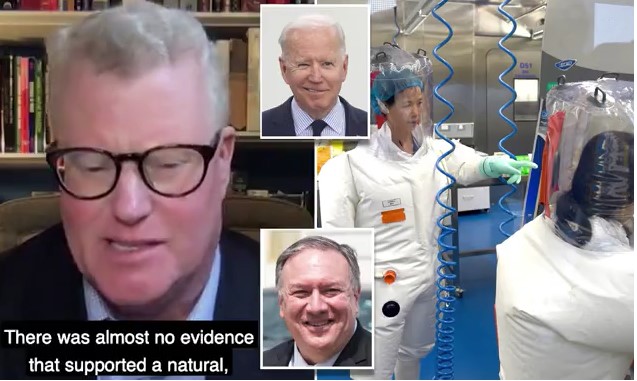 FOR DAILY MAIL.COm and MAILONLINE

A former State Department official in the Trump administration involved in investigating the origins of the coronavirus said his team found no evidence that it made its way to humans from animals.

‘We were finding that despite the claims of our scientific community, including the National Institutes of Health and Dr. Fauci’s NIAID organization, there was almost no evidence that supported a natural, zoonotic evolution or source of COVID-19,’ former State Department official David Asher told Fox News on Thursday.