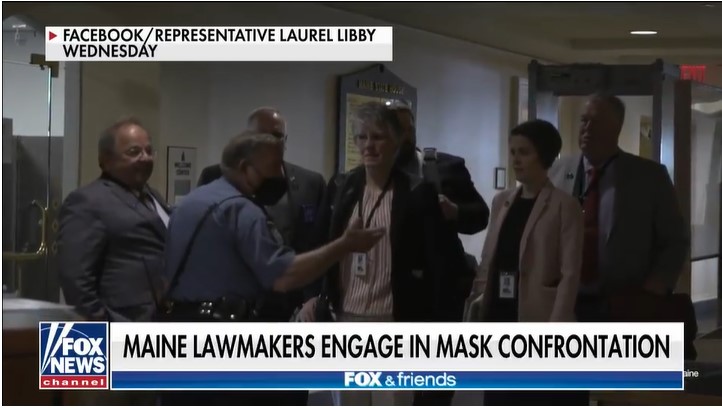 A Maine state Republican lawmaker stripped of her committee assignment following a confrontation over mask rules called the reprimand a “political game” by the Democrat-led State House, Friday.

Republican Rep. Laurel Libby released video earlier in the week of the confrontation between Capitol Police and a group of unmasked Republican lawmakers inside the Maine State House after the governor relaxed statewide mask rules.