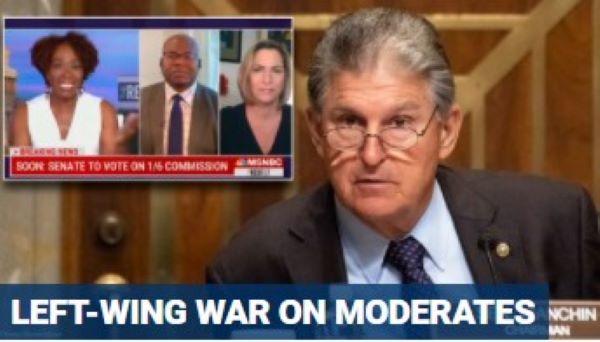 The far-left university professor joined host Joy Reid and fellow contributor Susan Del Percio in blasting Manchin over his opposition to ending the Senate filibuster rule, in order to establish a commission to investigate the Jan. 6 Capitol riot.