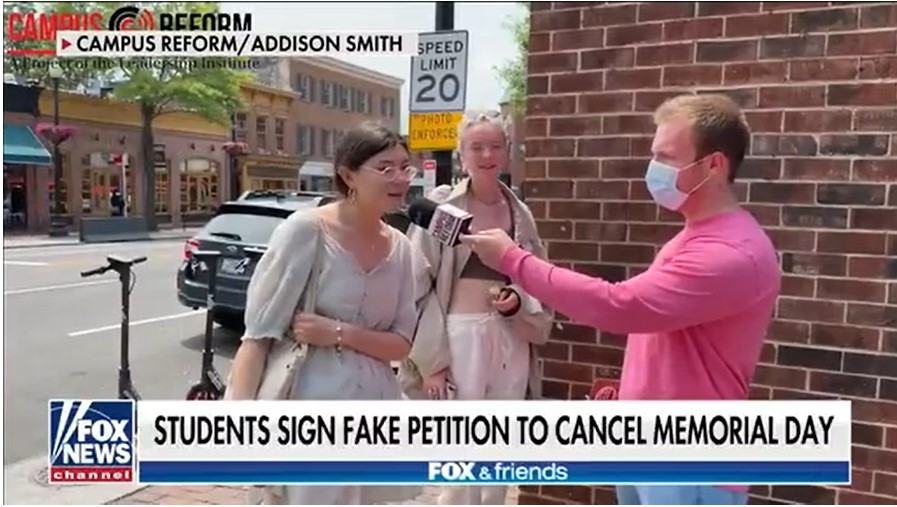 Students and other people walking around the Georgetown area of Washington, D.C., signed a fake petition ahead of Memorial Day to ban the holiday honoring fallen military service members.

The petition, authored by Campus Reform, a conservative news site and higher-education watchdog, calls for support to ban Memorial Day in the U.S. for glorifying “American Imperialism.” Campus Reform reporter Addison Smith interviewed those who signed the petition in a video published on the outlet’s website.