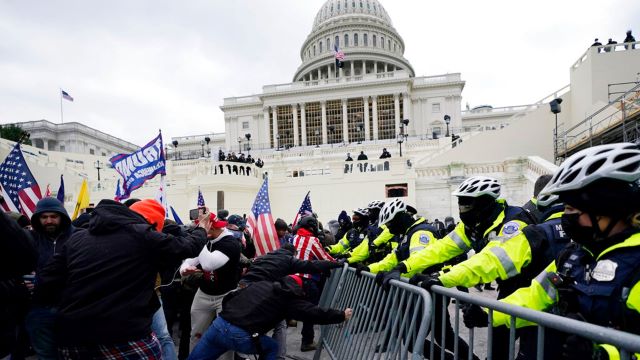 Trump supporters try to break through a police barrier, Wednesday, Jan. 6, 2021, at the Capitol in Washington. (AP Photo/Julio Cortez)

The vote was initially anticipated for Thursday, but when it got bumped to the Friday before the long Memorial Day weekend, several senators opted to maintain their travel plans and left Washington before casting their vote.