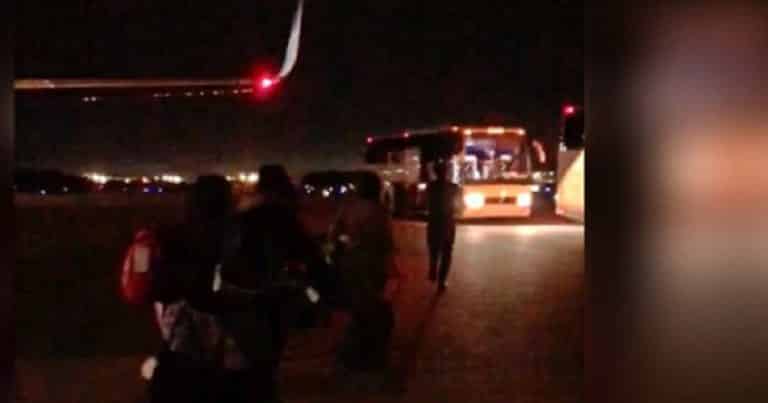 Amid an ongoing humanitarian crisis at our southern border that President Joe Biden’s administration still tries to assure us is not, in fact, a crisis, mysterious drops of busloads of migrants, including children, are being reported deep in the U.S. interior.

As you can imagine, Americans are starting to ask questions.

Early Friday morning, local news channels in Tennessee and Kentucky discovered that a busload of people, including children, had been flown into McGhee Tyson Airport in Knoxville, Tennessee, before being bused into southern Kentucky.