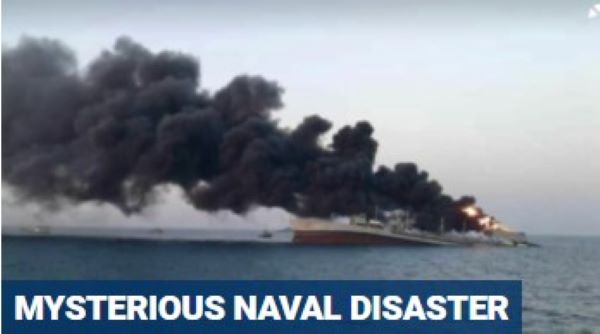 The support warship Kharg sank near the Iranian port of Jask

The Iranian navy’s largest warship caught fire and sank Wednesday in the Gulf of Oman, according to reports.

The support warship Kharg sank under unclear circumstances near the Iranian port of Jask, about 790 miles southeast of Tehran, semiofficial news agencies reported.

Firefighters tried to contain the blaze, which ignited around 2:25 a.m., but efforts to save the Kharg – named after the island that serves as the main oil terminal for Iran – were unsuccessful, according to the Fars and Tasnim news agencies.