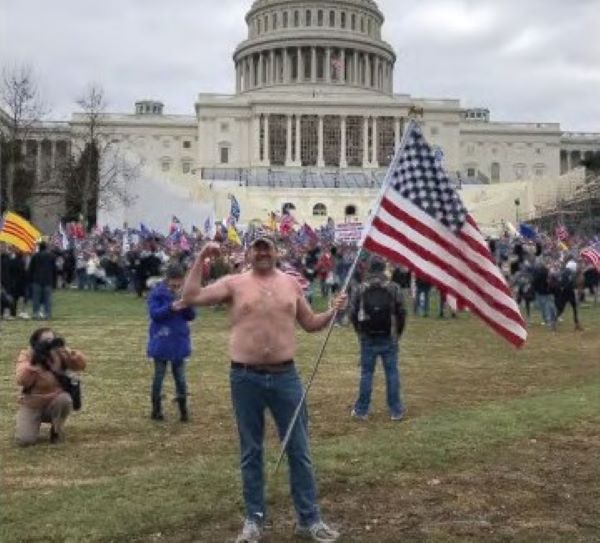 A photo alleged to show Christopher Kelly holding a flag in front of the U.S. Capitol around the time of the riot.U.S. Attorney's Office / FBI

The case against Christopher Kelly of New York City is the first of nearly 500 stemming from the Capitol to collapse for lack of evidence.

Federal prosecutors told a federal judge Tuesday that they intend to drop a Capitol riot case against a New York man accused of having been inside the Capitol during the siege in January.

It is the first of the nearly 500 Capitol riot cases to collapse for lack of evidence.