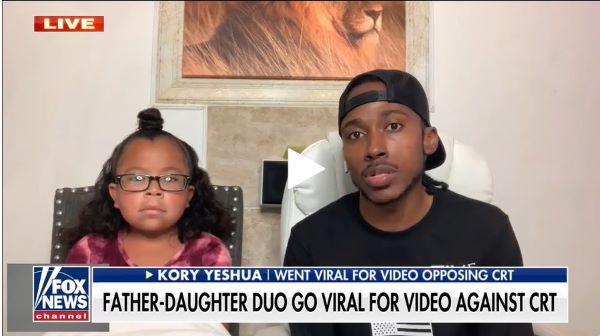 After going viral in a TikTok video for opposing critical race theory, Kory Yeshua, alongside his daughter Royalty, explained on “Fox & Friends” Thursday what inspired him to push back on the racially charged academic movement.

“I’ve just seen a lot of things going on in America right now, going on in the world. I see the agenda being pushed on our children and they’re trying to teach our children to look at each other, not from who they are as a person, but for their skin color.