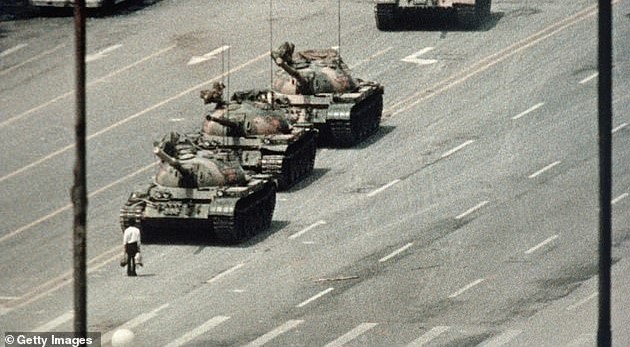 Microsoft was accused of censorship for blocking the iconic image, pictured. A spokesman claimed the issue was an 'accidental human error,' but offered no further information

By REUTERS and JIMMY MCCLOSKEY

Microsoft’s Bing search engine was condemned for censoring images of the famous Tiananmen Square ‘tank man’ on the 32nd anniversary of the massacre.

Users in the US, Germany, Singapore, France and Switzerland were stopped from viewing the iconic photos and video, showing along man in a white shirt standing in front of four People’s Liberation Army tanks in the Beijing square on June 5 1989.