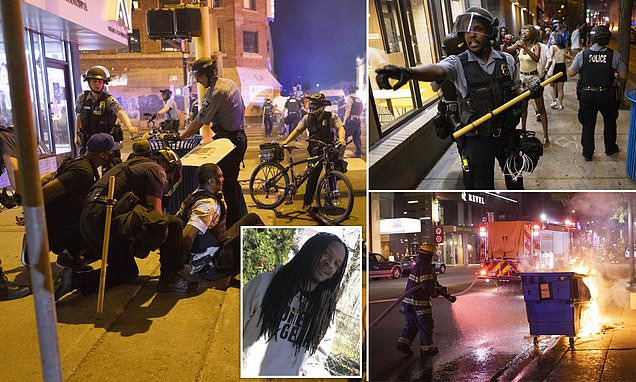 FOR MAILONLINE and DAILYMAIL.COM

Protests in Minneapolis over the shooting of an armed 32-year-old man by law enforcement descended into violence and looting again Friday night and early into Saturday morning.

People had gathered at rallies and vigils around the city throughout the day, but by nightfall, the protests turned into chaos, with rioters blocking traffic in the city’s Uptown area and setting dumpsters on fire as they clashed with police, reported the Star Tribune of Minneapolis.