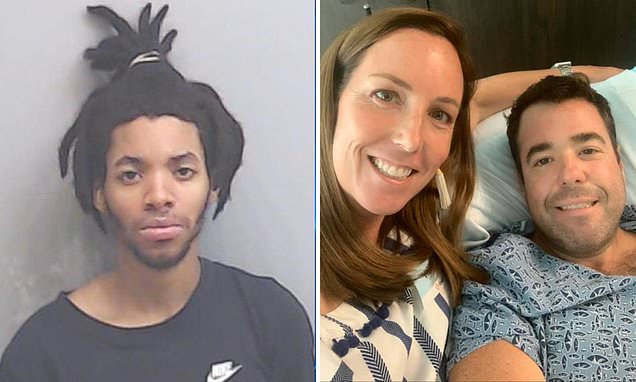 A father-of-three out jogging on Saturday morning in Atlanta’s wealthiest neighborhood, Buckhead, was shot twice by a ‘mentally ill’ man who police say also opened fire on two other people and mowed down a neighbor with his car.

Atlanta police arrested and charged 22-year-old Gaelen Newsom with attempted murder, three counts of aggravated assault and two counts of possession of a firearm during a crime in connection with the weekend crime spree.