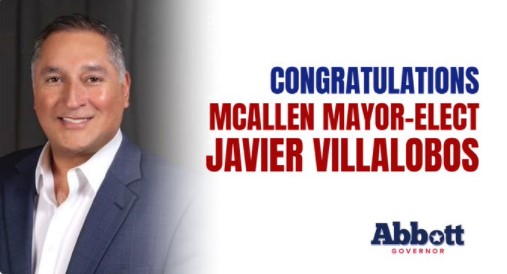 Democrats were stunned over the results of a mayoral race in South Texas over the weekend after the town elected a former chairman of a local county-level Republican Party.

“Republicans celebrated Javier Villalobos’ narrow win in the mayor’s race in McAllen, Texas, on Saturday even though the race is technically nonpartisan,” Fox News reported. “Villalobos, an attorney, was appointed to the Prepaid Higher Education Tuition Board by [Texas Republican Governor Greg] Abbott in 2018 and is the former chair of the Hidalgo County GOP.”