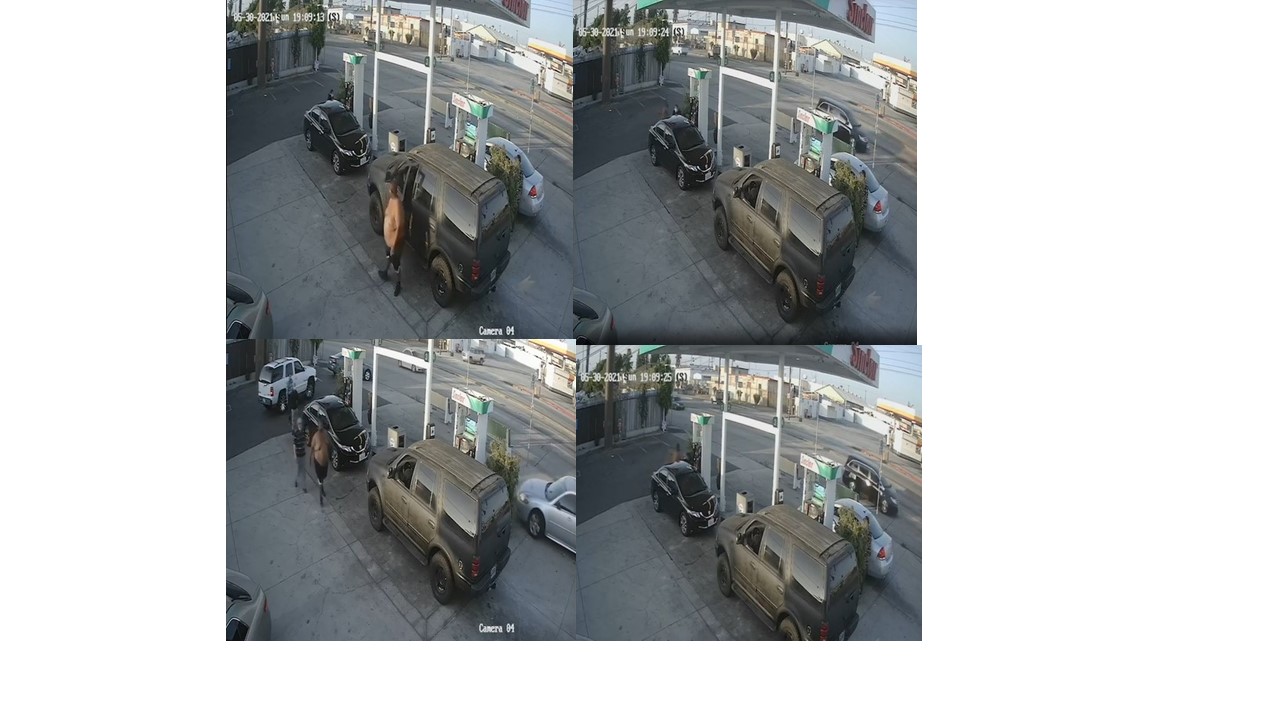 Clockwise from upper left, a man is shown emerging from his car, approaching a woman at a gas pump, punching, then repeatedly pummeling her while she is on the ground, Onlookers finally come to the aid of the woman and the man is led back to his car. (screenshots from video).

A woman pumping gas in California last week was severely beaten in a seemingly random attack caught on video. Surveillance footage captured the violent attack that unfolded just after 7 p.m. on May 30 in Gardena, a city about 14 miles south of Los Angeles.

Click the link below to see the video and read the rest of this story.