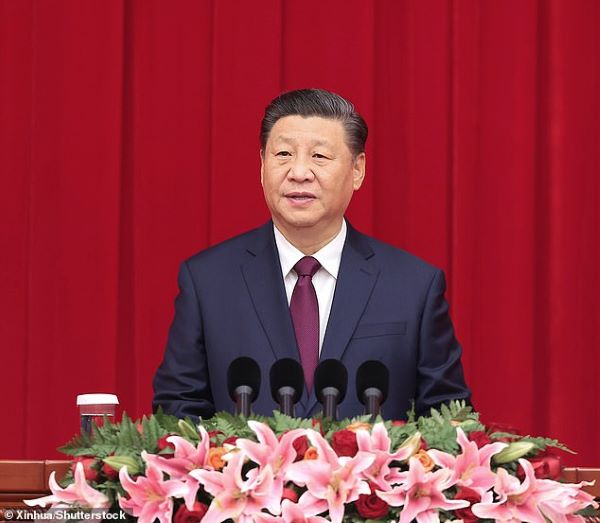 The bill has been designed to take on the might of China (pictured, President Xi Jinping). The United States has in recent years seen its market share of semiconducters reduce significantly

By ASSOCIATED PRESS and HARRIET ALEXANDER

Senators approved the biggest investment in scientific research in decades, with a $250 billion spending program designed to help the United States compete with China.

The Senate overwhelmingly approved a bill on Tuesday that aims to boost U.S. semiconductor production and the development of artificial intelligence and other technology in the face of growing international competition, most notably from China.