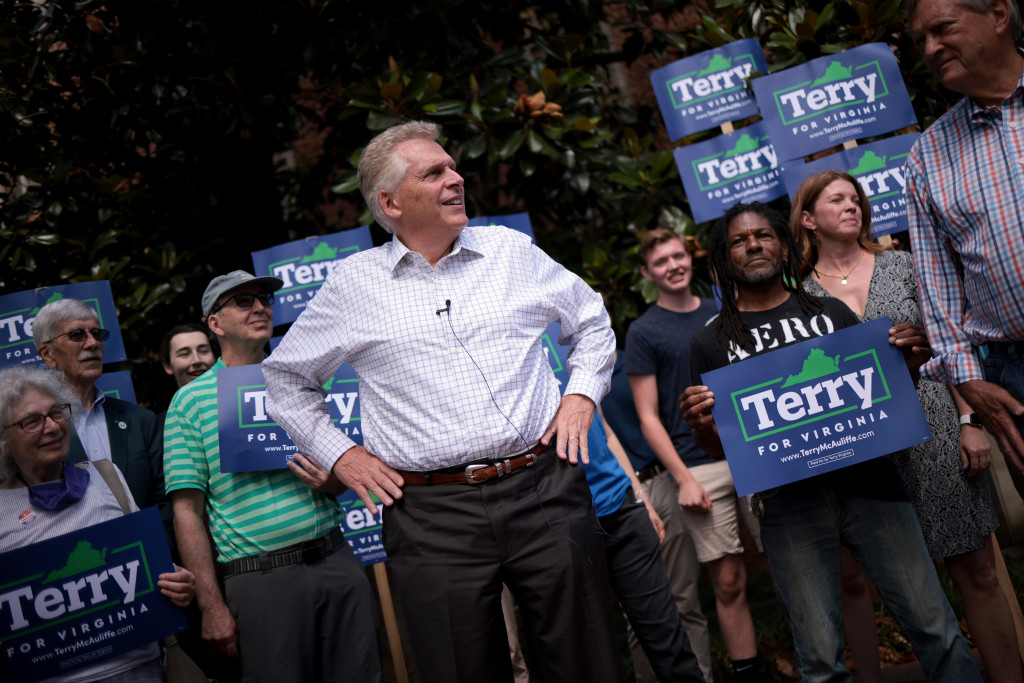 Terry McAuliffe at a campaign stop in Charlottesville, Virginia on June 4, 2021. Photo by Win McNamee/Getty Images

RICHMOND, Va. — Terry McAuliffe, the exuberant former Virginia governor and longtime fixture of Democratic politics, won the party’s nomination Tuesday in his quest for a second term in office.

McAuliffe will go on to face GOP nominee and political newcomer Glenn Youngkin in the November general election.