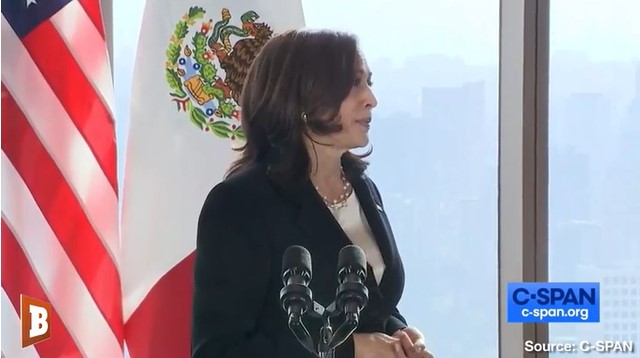 A journalist, who said she was with the Spanish-language network Univision, told Vice President Kamala Harris that she voted for her and President Joe Biden in the 2020 presidential election during a press conference in Mexico.

The journalist, who went by Maria Fernanda and claimed to be with Univision, was called on by Harris’s team during a press conference in Mexico City, Mexico, on Tuesday.