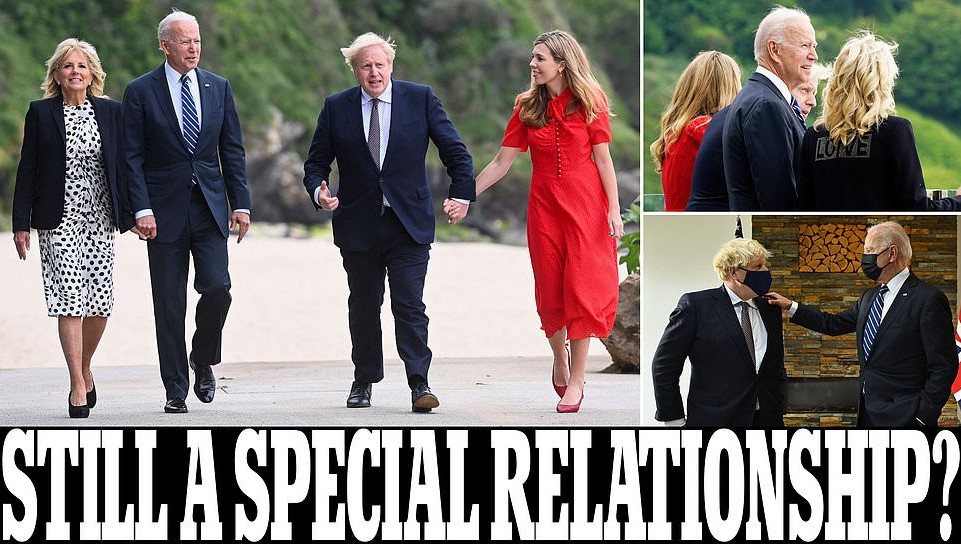 ‘We Both Married Above Our Station!’

FOR DAILYMAIL.COM and MAILONLINE

The two leaders downplayed tensions between their nations and joked about their personal lives.

Sitting next to the prime minister, Biden recycled one of his favorite lines, saying the two men had something in common – both married above their station. Boris and Carrie Johnson married on May 29.