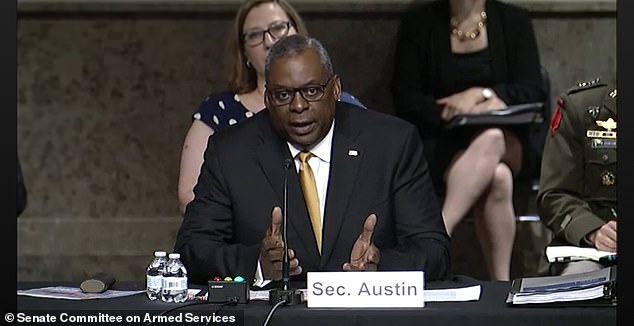 Cotton repeatedly cut off Defense Secretary Lloyd Austin as he tried to answer questions about diversity training, which the senator dismissed as 'anti-American indoctrination'

Sen. Tom Cotton claimed he had received hundreds of whistleblower complaints as he grilled Defense Secretary Lloyd Austin about the Pentagon’s diversity training, which he described as ‘anti-American indoctrination.’

He repeatedly cut off America’s first Black defense secretary as Austin tried to offer context about anti-racism training in the armed forces during a Senate hearing.
Click the link below to read the rest of this story.