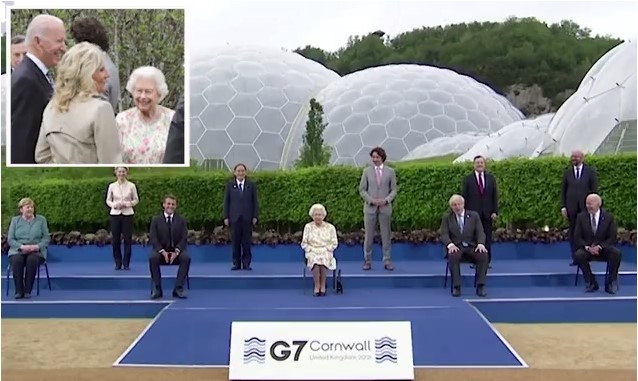 Britain rolls out the red carpet for the G7 summit

The Queen sent G7 leaders into fits of laughter when she quipped ‘are you supposed to look as if you’re enjoying yourself’ while posing for a photograph.

Britain sought to dazzle the world’s most powerful with a royal charm offensive at a no-holds-barred reception at the Eden Project in Cornwall on Friday night.

And the 95-year-old Monarch’s natural wit appeared to have won the leaders over when, during a posed photocall, she asked: ‘Are you supposed to look as if you’re enjoying yourself?’