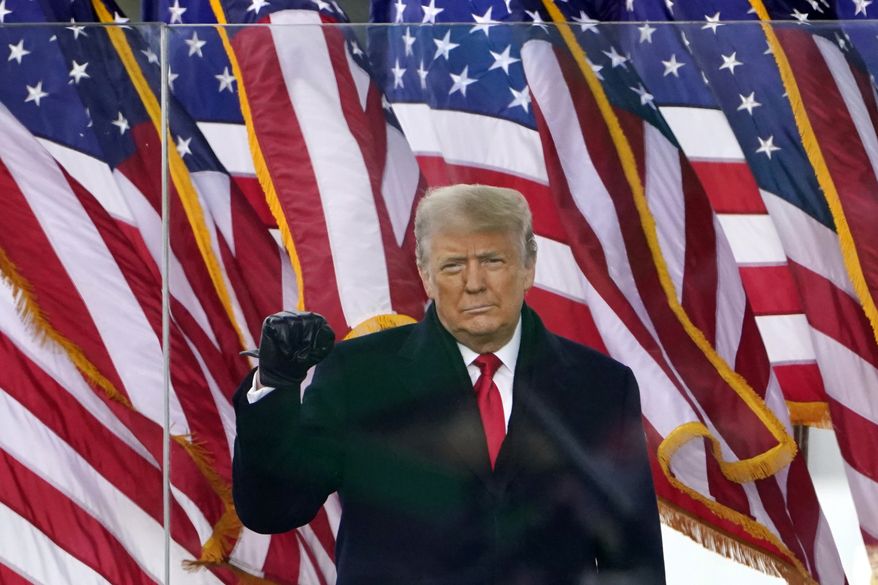 In this Jan. 6, 2021, file photo, President Donald Trump gestures as he arrives to speak at a rally in Washington. (AP Photo/Jacquelyn Martin, File) ** FILE **

Former President Donald Trump said Saturday that states should fight back against what he called the Biden Justice Department’s efforts to whitewash “massive voter fraud” in the 2020 presidential election.