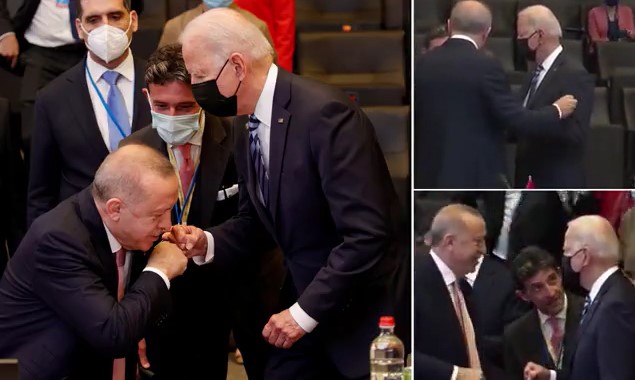 Turkish President Recep Erdogan gave President Biden an awkward fist bump and stroked his arm when they met on Monday at the NATO summit for the first time since the US officially recognized the Armenian genocide.

Erdogan rose from his seat and smiled at the president’s badly-timed gesture before engaging in a long conversation surrounded by aides ahead of their official bilateral meeting later on Monday.