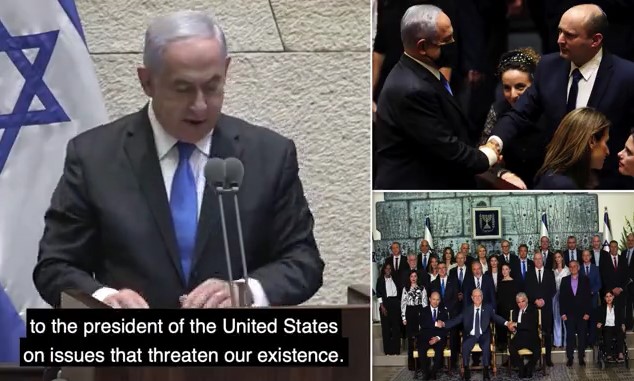 ‘Israel Will Be ‘Weak’

By LAUREN LEWIS and RACHAEL BUNYAN

FOR MAILONLINE and AP and AFP

Former Israeli Prime Minister Benjamin Netanyahu blasted US President Joe Biden in a ‘scorched earth’ speech on his last day in office before officially handing over power on Monday, warning Iran will be ‘celebrating’ his defeat because Israel will be ‘weak’.

In a scathing speech that was meant to last 15 minutes but ran for more than half an hour, Netanyahu said the Islamic Republic would celebrate his loss because ‘they understand that starting today there will be a weak and unstable government that will align with the dictates of the international community.’