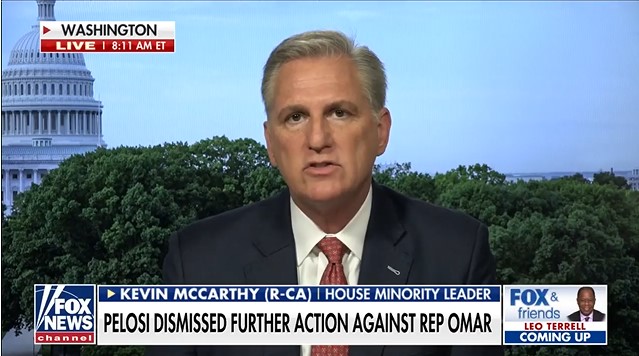 During a Tuesday appearance on FNC’s “Fox & Friends,” House Minority Leader Kevin McCarthy (R-CA) promised that if the GOP wins the House, he would not allow Rep. Ilhan Omar (D-MN) to serve on the Foreign Affairs Committee.

McCarthy pointed out that Omar has made “antisemitic” remarks in the past, adding “she’s anti-American now” that she is equating the United States and Israel to terrorist organizations.