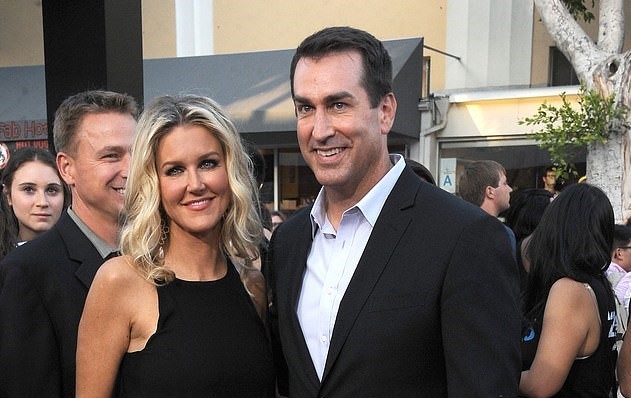 Parting ways: Things began to get very interesting after the filing as $28,000 from his own home office went missing and he began to feel like he was being watched according to court documents obtained by TMZ on Monday. (seen in 2014) Getty Images

‘laims Come Amid Ugly Divorce Battle… After 21 Years Of Marriage

Rob Riggle has accused his estranged wife of planting a hidden camera in his home, hacked his Apple account, and took upwards of $28K in cash from him.

His wife Tiffany had filed for divorce from the 51-year-old actor back in October after 21 years of marriage as she cited ‘irreconcilable differences’ at the time.

However things began to get very interesting after the filing as $28,000 from his own home office…