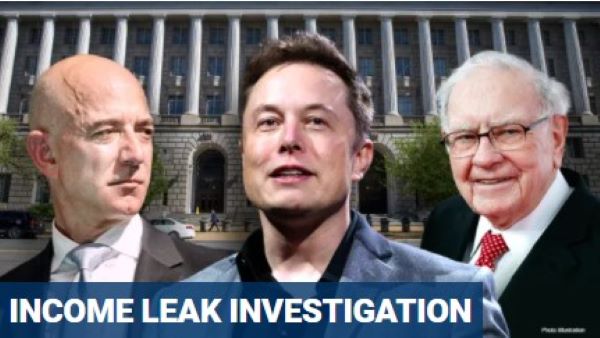 Amazon’s Jeff Bezos, Tesla’s Elon Musk, and investor Warren Buffett were among those who had tax information leaked

The Federal Bureau of Investigation has opened an inquiry into the leak of personal income and tax data of some of the wealthiest Americans, a law enforcement source tells Fox News.

The independent, nonprofit publication ProPublica last week published the tax liabilities and incomes of billionaires including Amazon’s Jeff Bezos, Tesla’s Elon Musk, and investor Warren Buffett, among others. The publication says it obtained thousands of tax returns for the country’s wealthiest individuals that span more than 15 years.