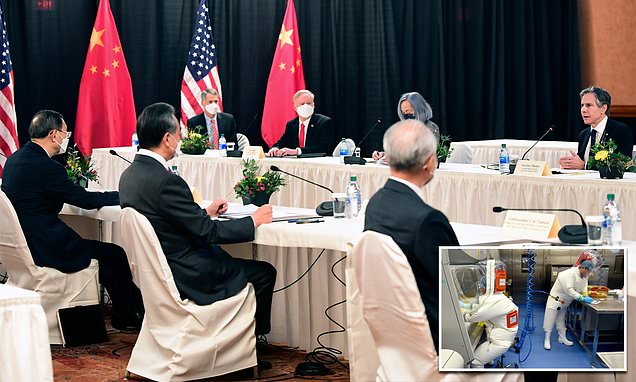 Dong Jingwei, (not pictured) vice minister of State Security, may have defected to the U.S. with information about the Wuhan lab (inset). His defection, if confirmed, would be the highest ever from China.

A senior Chinese spy catcher could have defected to the United States, according to rumors on Chinese social media, and informed Washington DC about what is going on inside the Wuhan lab.

Dong Jingwei is believed to have fled to the U.S. on February 10 with his daughter, according to rumors cited by Spy Talk.