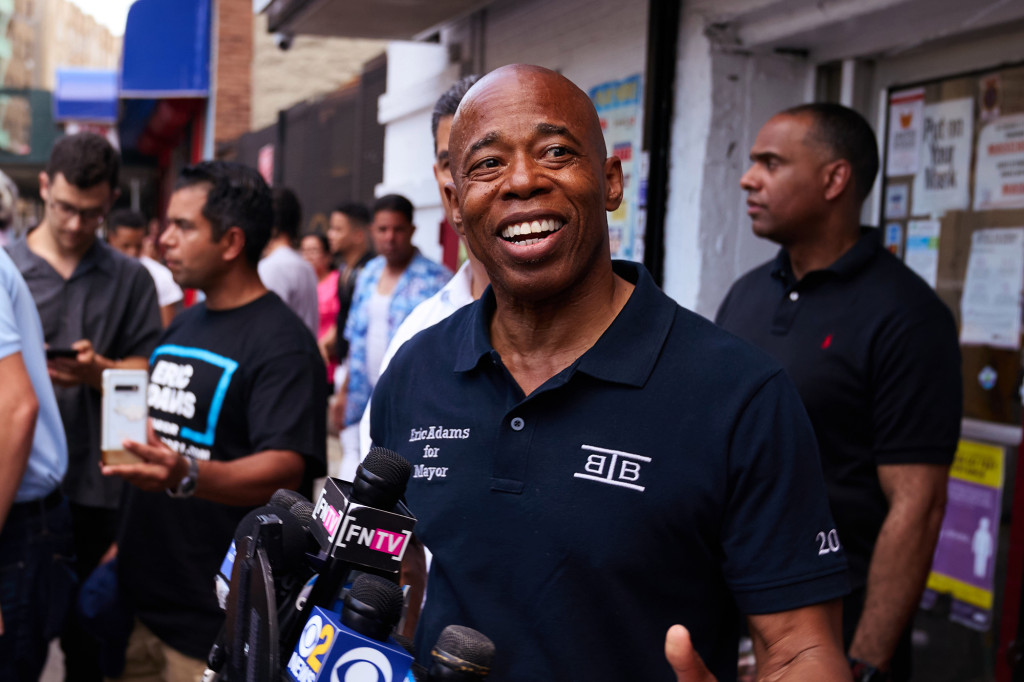 Mayoral candidate Eric Adams holds a strong lead in the race, according to a new poll. James Keivom for NY Post

Former NYPD captain Eric Adams still holds a substantial lead in the mayoral race, as safety continues to be the most important issue to about half of Democratic primary voters, according to a new poll.

The Brooklyn borough president is the first choice of 28 percent of Democratic voters, followed by Andrew Yang at 20 percent, former Sanitation Commissioner Kathryn Garcia with 15 percent and former City Hall lawyer Maya Wiley in fourth with 13 percent, according to an Ipsos survey released Monday, the day before the primary.