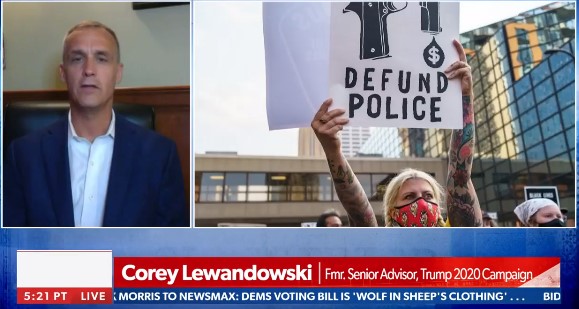 “It’s amazing the lack of respect we continue to give these law enforcement officers on a daily basis,” Lewandowski, a former New Hampshire police officer, told Monday’s “Stinchfield.” “And that permeates from members of the mainstream media and the far left that want to continue to defund the police.”