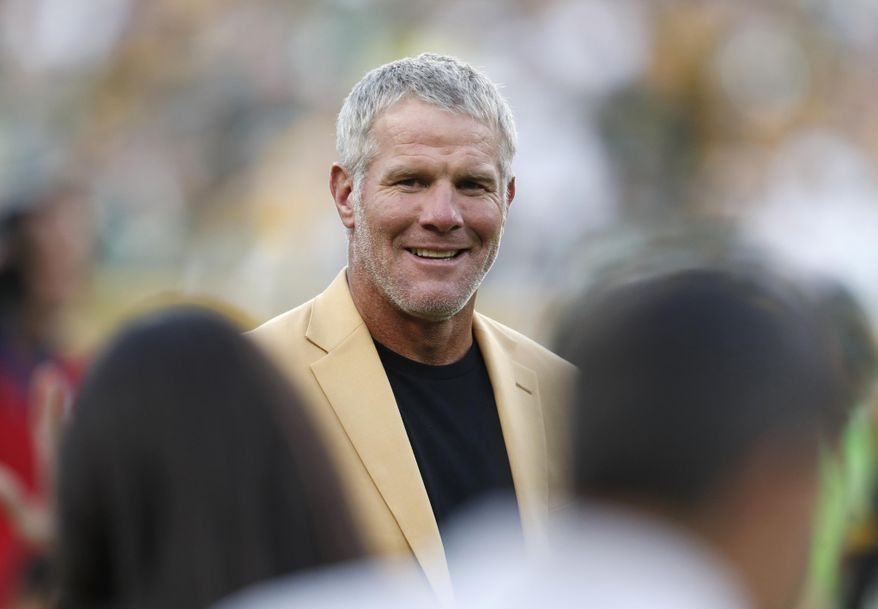 In this Oct. 16, 2016, file photo, Hall of Fame quarterback Brett Favre is shown during a halftime ceremony of an NFL football game against the Dallas Cowboys, in Green Bay, Wis. (AP Photo/Matt Ludtke, File)

During his podcast “Bolling with Favre,” co-host Eric Bolling asked Mr. Favre to weigh in on the news that Ms. Hubbard, 43, had met the International Olympic Committee’s requirements for athletes who transition from male to female, which is maintaining a…