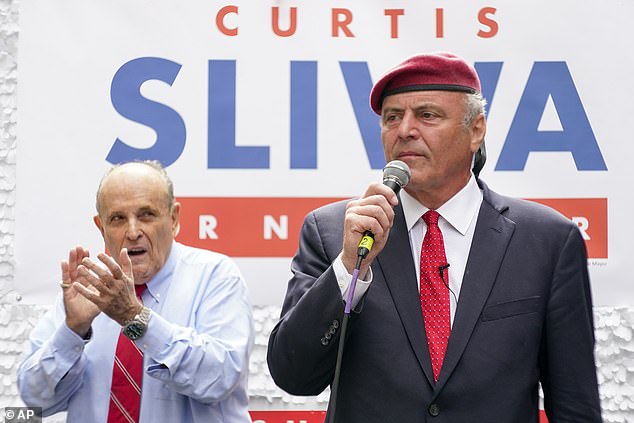 Curtis Sliwa, the founder of the vigilante safety group the Guardian Angels, has won the NYC Republican Mayoral Primary and will be on the ballot in November's election. He is pictured earlier this week with NYC's last Republican Mayor, Rudy Giuliani

Curtis Sliwa, the founder of the vigilante safety group the Guardian Angels, has won the NYC Republican Mayoral Primary and will be on the ballot in November’s election.

Sliwa had been endorsed by Rudy Giuliani, who was NYC’s last Republican mayor.