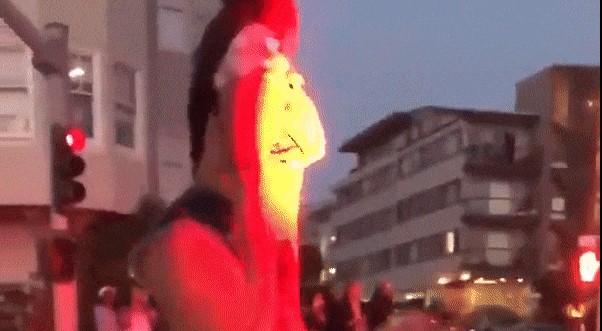 Partiers celebrating Juneteenth in Northern California were seen blocking an ambulance, with a woman twerking atop the vehicle, despite responders trying to navigate through the scene to transport victims of a shooting in which one person was killed and several others were injured.

The Oakland Police Department believes Saturday’s shooting at Lake Merritt was gang-related and multiple shooters are being sought, the department said Monday. An estimated 5,000 people were gathered near where the incident occurred in the 2200 block of Lakeshore Avenue just after 6:20 p.m., police said.