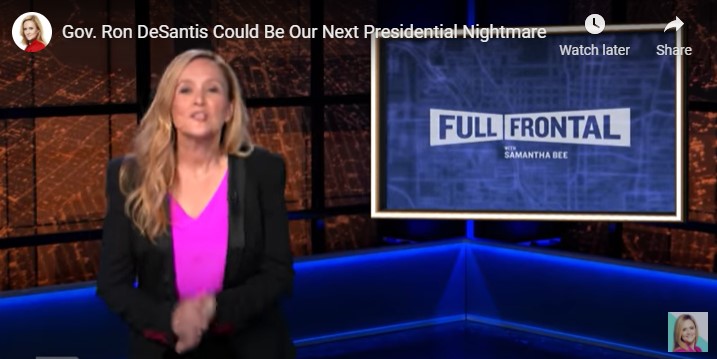 Some critics called Bee a ‘loser,’ a ‘very sad person,’ and suggested that she wasn’t actually that funny

TBS’ far-left “Full Frontal” host Samantha Bee was flamed by critics after launching a tirade on Twitter targeting Florida Governor Ron DeSantis, R, and lamenting the possibility he could be the 2024 Republican nominee for president.

In an extensive thread of Wednesday tweets, Bee, who is from Canada, attacked DeSantis over his “horrible” policies as governor, compared him to Donald Trump, criticized his approach to Black Lives Matter (BLM) protests, and declared him a racist.