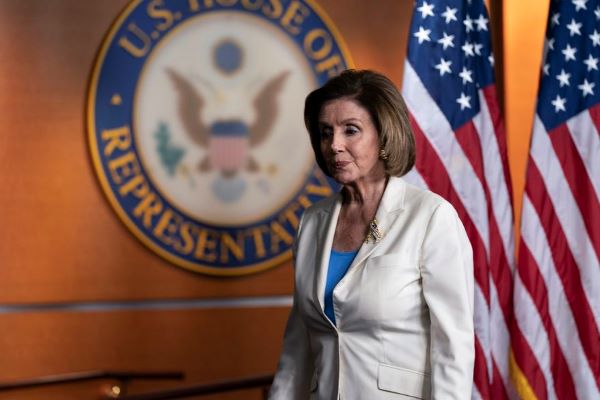 House Speaker Nancy Pelosi of Calif., departs after speaking during a media availability at the Capitol in Washington, Thursday, June 24, 2021. Pelosi announced on Thursday that she's creating a special committee to investigate the Jan. 6 attack on the Capitol, saying it is "imperative that we seek the truth." (AP Photo/Alex Brandon)

House Speaker Nancy Pelosi vowed Thursday to block any infrastructure package until the Senate passes, along party lines if necessary, a “human infrastructure” package filled with liberal priorities such as job training for felons and new climate change regulations.