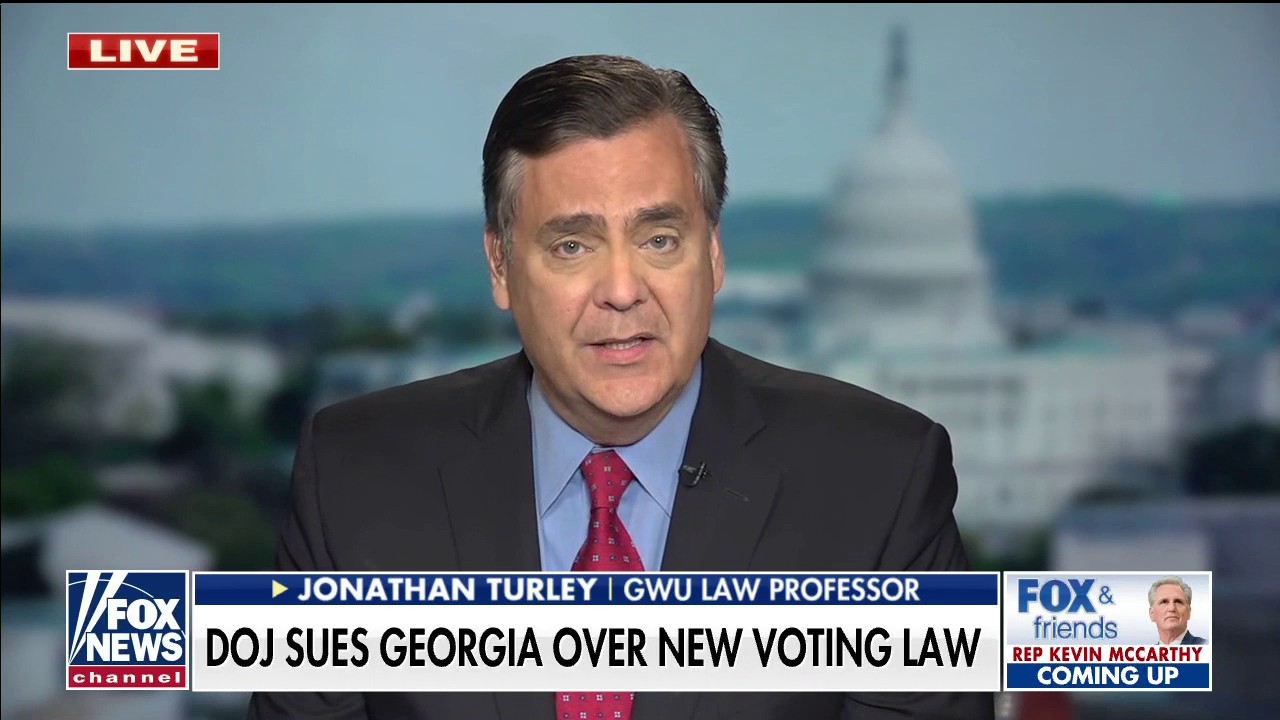 Attorney General Merrick Garland announced that the Department of Justice is suing the state of Georgia Friday over their passing of a law to ensure election integrity and security. President Biden has been highly critical of the new law comparing it to Jim Crow. George Washington University Law Professor and Fox News contributor Jonathan Turley sat down with “Fox & Friends” Saturday to analyze the DOJ lawsuit.