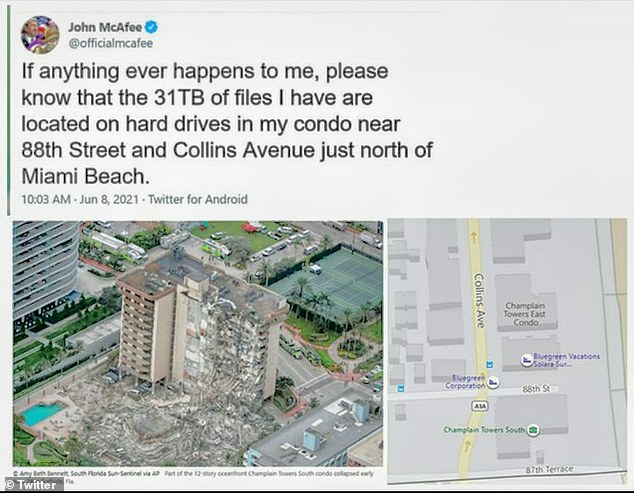 DailyMail.com has identified two versions of the same tweet (above) have been shared in different formats, but both could have been photoshopped by hoaxsters

Fact-checkers pouring scorn on the theory have not dampened the enthusiasm of internet sleuths, who have been sharing online an alleged tweet by McAfee from June 8 claiming that he had ’31 terabytes’ of files in a condo in the collapsed building.