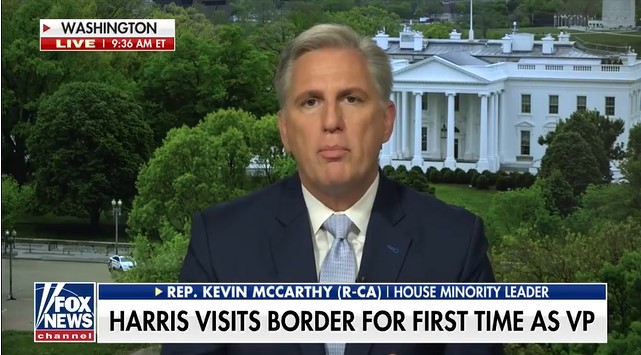 During Saturday’s broadcast of FNC’s “Fox & Friends,” House Minority Leader Kevin McCarthy (R-CA) panned Vice President Kamala Harris’ trip to the U.S.-Mexico border, which he said was a trip where the vice president spent more time at the El Paso, TX airport than at the physical U.S.-Mexico border.

According to McCarthy, Harris was wrong to blame the previous Trump administration for the current border problems.