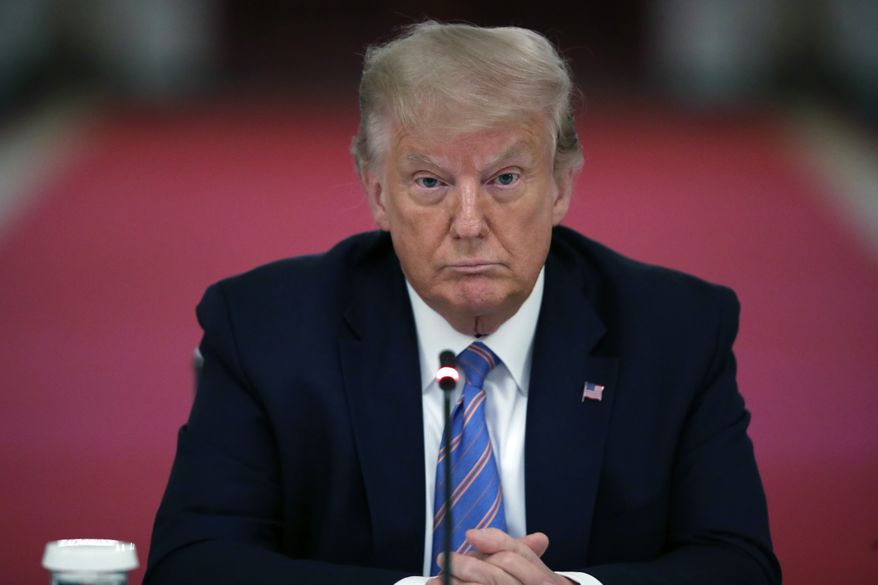 In this Tuesday, July 7, 2020, photo, President Donald Trump listens during a "National Dialogue on Safely Reopening America's Schools," event in the East Room of the White House in Washington. The New York attorney general’s office said Tuesday, May 18, 2021, that it is conducting a criminal investigation into former President Donald Trump’s business empire, expanding what had previously been a civil probe. (AP Photo/Alex Brandon) **FILE**

Manhattan District Attorney Cyrus Vance Jr. is expected to bring criminal charges against the business empire of former President Donald Trump as early as next week, according to Mr. Trump‘s personal lawyer.

“They could not get Allen Weisselberg to cooperate and tell them what they wanted to hear, and that’s why they are going forward with these charges,” Mr. Fischetti told NBC News on Friday.