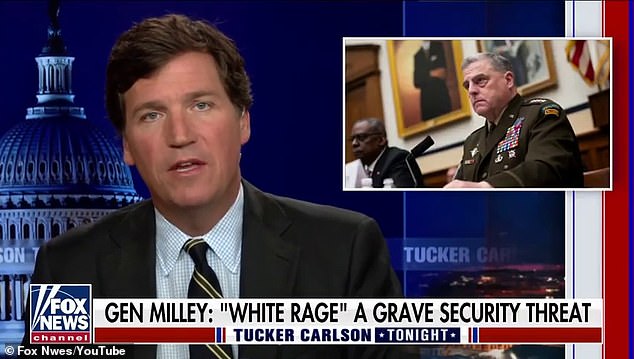 By CHRISTOPHER EBERHART and KEITH GRIFFITH

Carlson played a clip of Milley’s response to Republican lawmakers’ claims that the US military is becoming too ‘woke’ during Wednesday’s House of Representatives Armed Services Committee meeting.