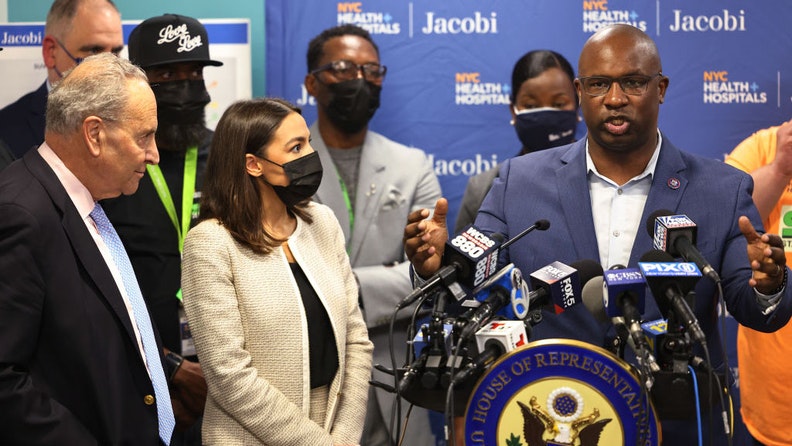 Far-left Rep. Jamaal Bowman (D-NY), one of the top Democrats pushing to defund the police, reportedly asked for a special police detail to protect his home earlier this year following the riot at the U.S. Capitol Building on January 6.

“About a week after the Jan. 6th incident at the Capitol, we received a request from the Congressman’s office for increased police presence at his residence,” Yonkers Police Department Detective Lt. Dean Politopoulos told the New York Post. “In response, our Intelligence Unit was notified of the request and the local precinct instituted what is called a directed patrol at the Congressman’s home for the next two weeks.”