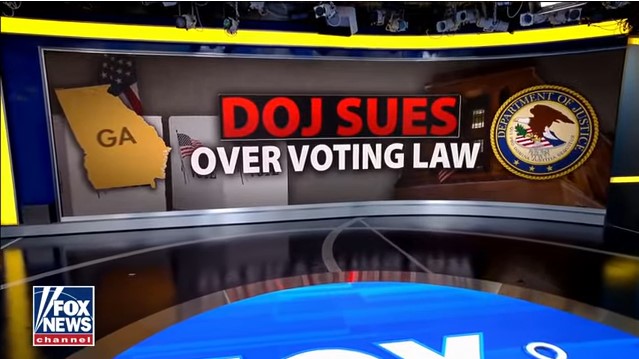 On Saturday’s broadcast of the Fox News Channel’s “Fox & Friends,” Georgia Gov. Brian Kemp (R) pushed back on the Department of Justice’s lawsuit against the state over its election law by stating that the law adds early voting days and wondering, “why are they not suing Delaware or other states that are much more restrictive than the state of Georgia?”

Kemp stated, “I mean, the attorney general just in your clip that you played was talking about how this is keeping African Americans from voting. This actually adds an additional Saturday where people can vote statewide in Georgia.