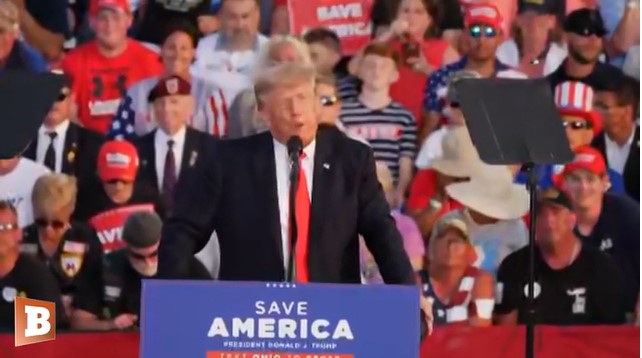 Former President Trump says foreign countries are “emptying their prisons into the United States” thanks to President Joe Biden’s generous open borders policy at the U.S.-Mexico border and the gutting of interior immigration enforcement.

During a rally on Saturday evening in Lorain County, Ohio, Trump said the “radical left Democrats” are helping to bring a “massive crime” wave to the U.S. via illegal immigration.