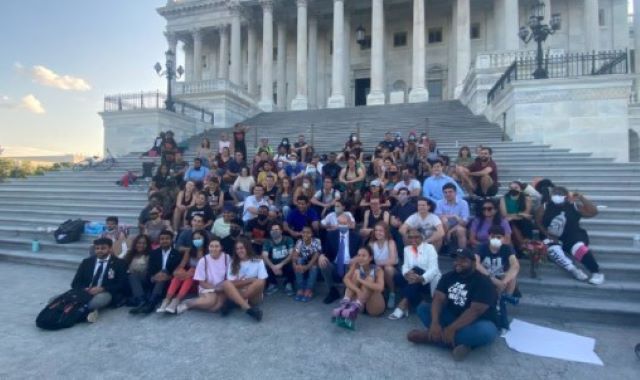 Democrat congressmen and women protested Monday evening to urge President Joe Biden to extend the eviction moratorium, and Sen. Ed Markey (D-MA) spoke about Woody Guthrie, the writer of “This Land Is Your Land,” as a “communist” and a “socialist” before proceeding to lead the group in the iconic song.

Markey was joined by Sen. Bernie Sanders (I-VT), and Democrat “Squad” members Reps. Alexandria Ocasio-Cortez (D-NY), and Cori Bush (D-MO). Since Thursday, the “Squad” has protested the end of the moratorium by camping with a group on the steps of the Capitol.