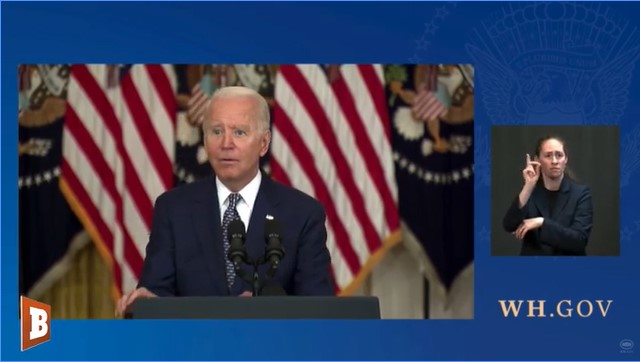 After a speech celebrating his success with the infrastructure bill passing the Senate, Biden was asked by CBS News reporter Ed O’Keefe about Cuomo’s record as governor of New York.