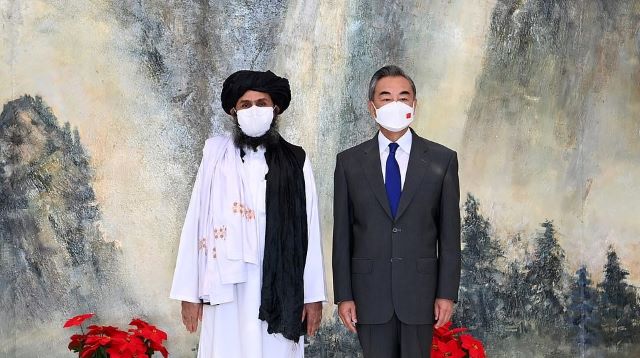 By JACK WRIGHT and JACK NEWMAN

China, Russia, Pakistan and Turkey all appear set to formally recognize Taliban rule in neighbouring Afghanistan after the Islamist terror group seized the Presidential Palace in Kabul on Sunday and the country’s embattled president fled for Tajikistan.

Most global powers are reluctant to recognize the rule of the militant group overthrown by US-led coalition forces in 2001, with British Prime Minister Boris Johnson warning that Afghanistan cannot be allowed to become a ‘breeding ground for terror’ again.