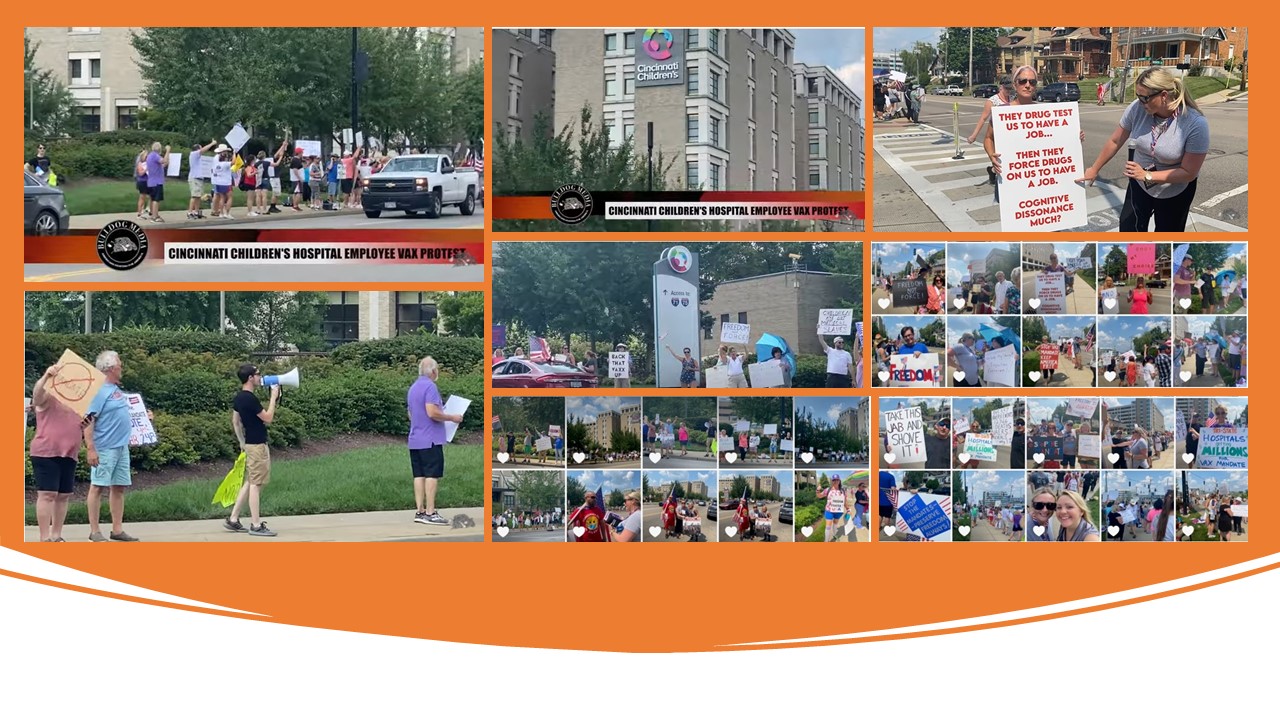 Health care facilities across the country, spurred on by the Biden administration, are giving workers who have manned the front lines since the pandemic began, an ultimatum. They can either get the COVID-19 vaccine, or look for another job.

A team from Bulldog Media was on hand to cover Sunday’s demonstration and speak to some of those opposed to the mandatory vaccination requirement.

Among those at the protest, was Elizabeth Russell, who was recently fired from a nursing home position.

Russell said that on Aug. 4 she was written up for possessing paperwork expressing her concerns with the potential for a mandate of COVID-19 vaccine on nursing home employees.

“As a 2009 survivor of an MMR (measles, mumps, and rubella) vaccine injury, I could feel the pressure building with the political climate,” Russell said. “With President Biden calling us ‘drunk drivers,’ we had a facility administrator coercing the shot, shooting every week for 100 percent vaccination.”

The administrator, Russell said, praised the people who were vaccinated and led Russell to believe he had a much different opinion of the unvaccinated.

“I also wanted to report nursing home abuse, that I and much of the staff are recognizing occurring to the elderly in the name of infectious control policies,” Russell said. “Primarily it is the isolation, which (health agencies, including the CDC) call criminal.”

Within a few days Russell was fired.

Click below to see the full interview with Elizabeth Russell.

Bulldog Media and Deters Law have received thousands of letter and emails from health care workers and their supporters from across the country with stories ranging from criticism and isolation, to mistreatment, threats and termination.

Eric “The Bulldog” Deters, the retired attorney who founded Bulldog Media and still works at Deters Law, is working with the team that is preparing litigation to protect those whose livelihood is threatened by the COVID-19 vaccine mandates. Deters will announce details of the lawsuits on the Bulldog Show, which airs daily on YouTube, this week.

Click here to see Bulldog Media President Wesley Deters explain the opposition to the mandatory vaccination requirement, in a live report from the Children’s Hospital protest.