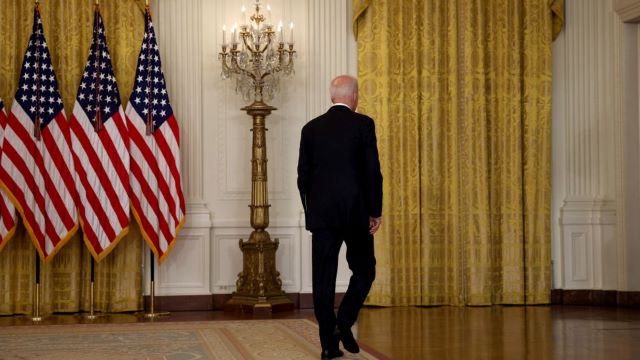 As the Biden administration attempted to diminish comparisons of the U.S. evacuation from Kabul to the 1975 fall of Saigon, it found an unlikely adversary: The legacy media frequently said the situation in Afghanistan is as bad as, or worse than, what happened 46 years ago.

Comparisons between the aftermath of America’s two longest wars abounded, as people around the world saw heartrending images of Afghan citizens clinging to U.S. airplanes and falling to their death as they took flight.

In this article:1975 Fall of Saigon, Afghan citizens, Afghan citizens clinging to U.S. airplanes and falling to their death, Afghanistan, Biden Administration, Biden Administration: This Is Not Saigon, CNN, CNN: It’s Worse Than Saigon, comparisons of the U.S. evacuation from Kabul to the 1975 fall of Saigon, Saigon, This Is Not Saigon, U.S. evacuation from Kabul, Vietnam, Worse Than Saigon